A Short History of Cigars and Tobacco 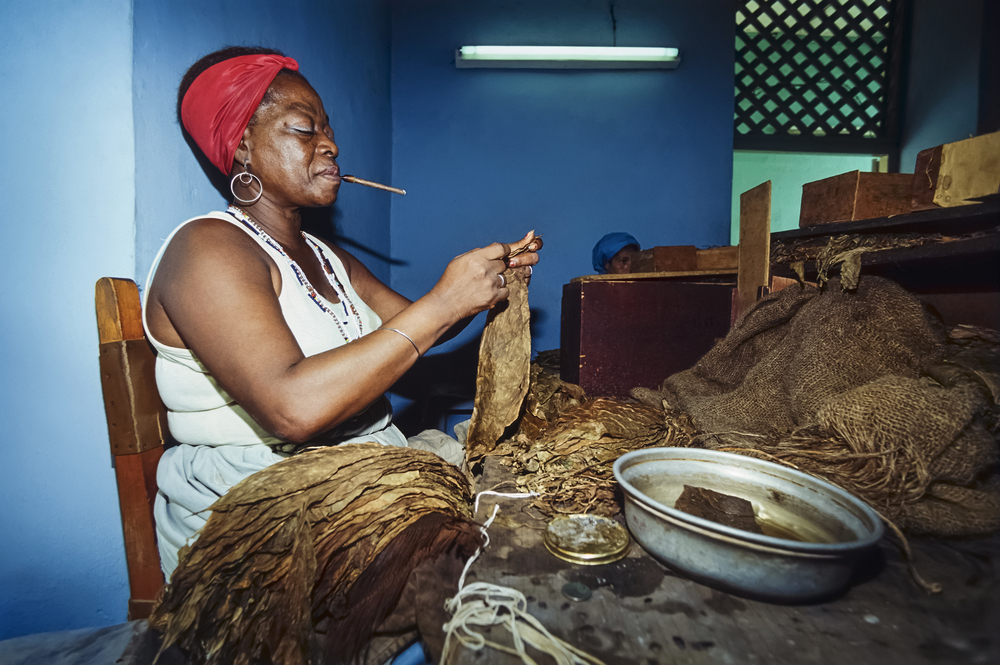 23 Apr A Short History of Cigars and Tobacco

Posted at 13:00h in Blog by trilogycigarcompany 0 Comments
0 Likes

Have you ever wondered where cigars were first produced? It is widely believed that cigars were first produced in Spain. But before cigars became all the rage in Europe, tobacco was needed to make them. Tobacco is indigenous to the Americas, where native peoples have produced it for hundreds of years. It is believed that the Maya of Yucatan peninsula in Mexico and parts of Central America cultivated tobacco, and even smoked it! Tobacco use spread to other tribes, both north and south. It is believed that its first use in the United States was probably among the tribe along the Mississippi. It wasn’t until Christopher Columbus sailed his famous voyage to the Americas in 1492 that the rest of the world came to know tobacco.

It is said that Columbus was not impressed by tobacco or its use among native peoples, but many sailors grew found of the strange plant. Soon it quickly caught on in Spain and Portugal. From there, it spread to France, where the French ambassador Jean Nicot lent his name to the scientific name for tobacco (Nicotiana tabacum). The origins of the word tobacco itself are still suspect, although many believe it is simply a corruption of the word Tobago, which is the name of a Caribbean island. Still others believe it comes from the word Tabasco, a region (and now state) in Mexico.

The first tobacco plantation in the United States was established in Virginia in 1612. More tobacco plantations followed in Maryland soon after. Although tobacco became a popular crop, it was only smoked in pipes. The cigar was not introduced to the United States until the late 18th century. Israel Putnam, an army general who had served in the Revolutionary War, is credited with introducing the cigar to the United States. He had traveled to Cuba after the Revolutionary War and returned with a box of Cuban cigars. Their popularity quickly spread, and soon enough cigar factories were established in the area of Harford, Connecticut, where General Putnam resided.

In Europe, cigar production and consumption did not achieve widespread popularity until after the Peninsula War in the early 19th century. British and French veterans returned to their homelands after years of serving in Spain with their tobacco pipes in tow. Among the rich and fashionable, the favored method of taking tobacco was the cigar. Cigar smoking remains a habit associated with the rich and discriminating of upper society.